85th Commemoration of the Holodomor 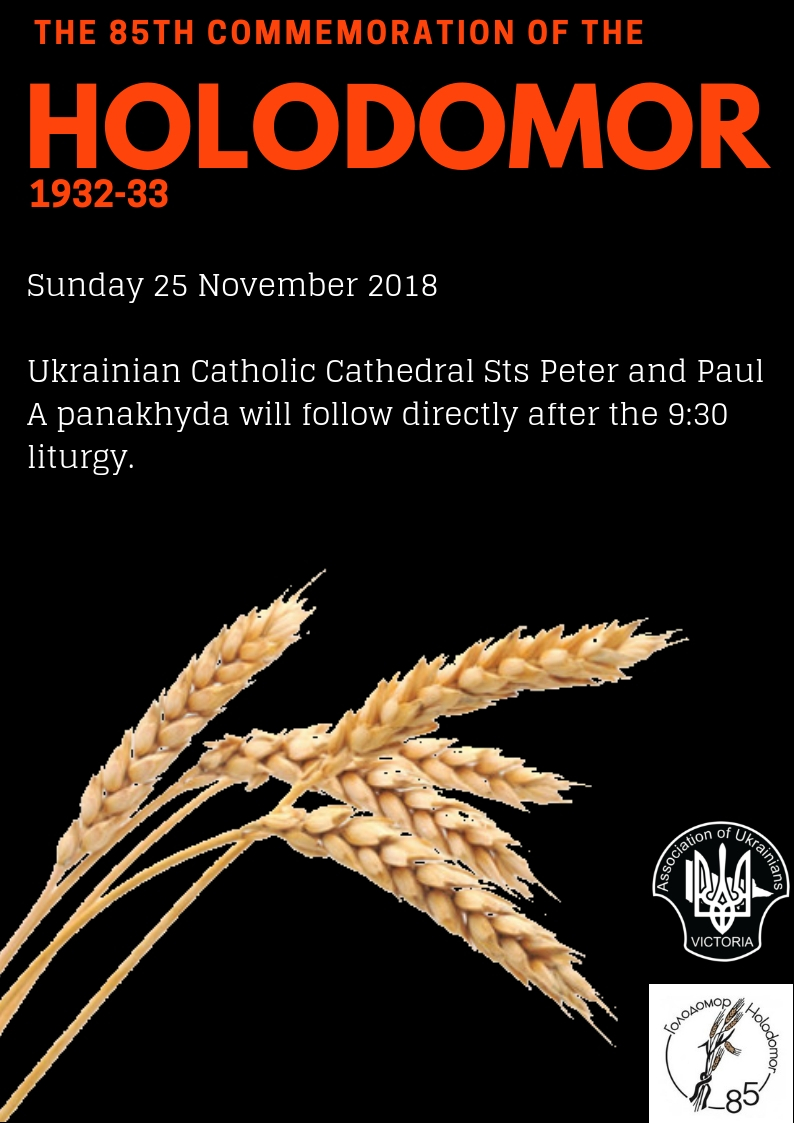 The Holodomor (Ukrainian: Голодомор) (derived from морити голодом, “to kill by starvation”) was a man-made famine in Ukraine in 1932 and 1933 that killed millions of Ukrainians. It is also known as the Terror-Famine and Famine-Genocide in Ukraine,\ or The Ukrainian Genocide of 1932–33.

It was a famine which affected the major grain-producing areas of the country. During the Holodomor, millions of of Ukrainians died of starvation in a peacetime catastrophe unprecedented in the history of Ukraine.

Since 2006, the Holodomor has been recognized by Ukraine and 15 other countries as a genocide of the Ukrainian people carried out by Stalin.

We invite you commemorate this tragedy with us as we mourn those who dies and celebrate those who survived.

The Association of Ukrainians in Victoria (AUV)
Email:
communications@auv.org.au