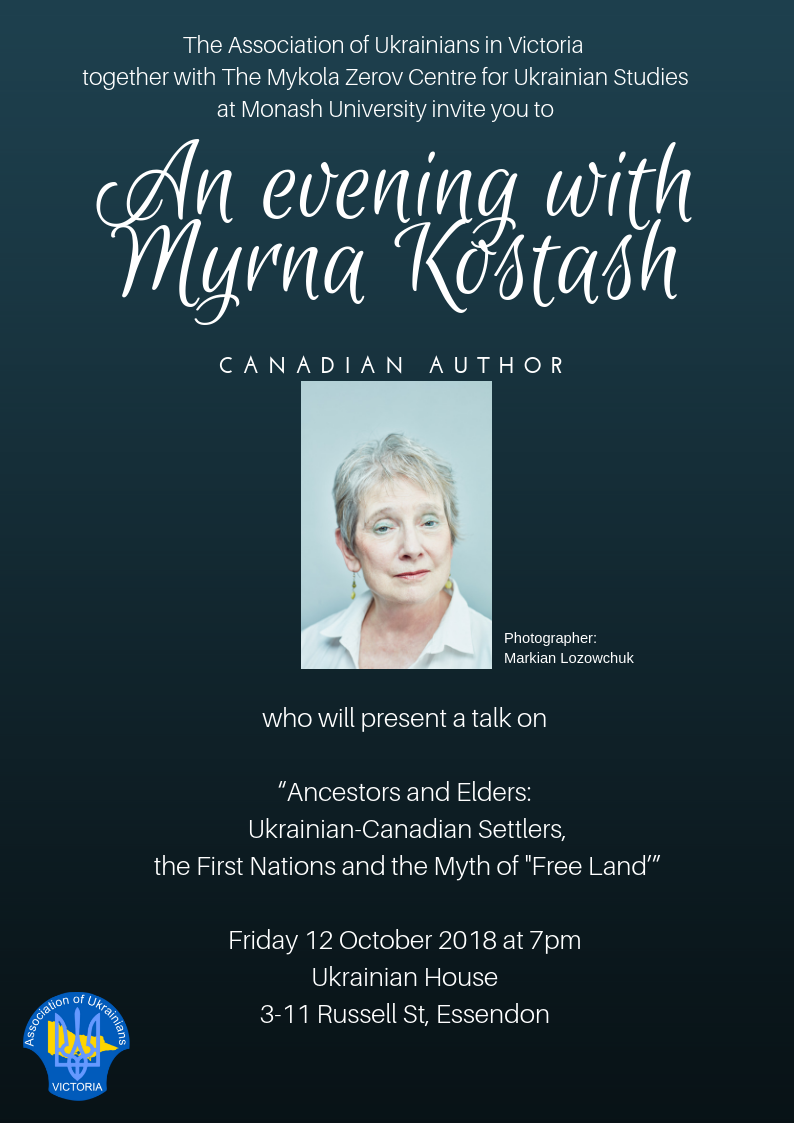 Myrna Kostash is a fulltime writer, author of the classic All of Baba’s Children (1977), and of Long Way From Home: The Story of the Sixties Generation in Canada (1980), Bloodlines: A Journey into Eastern Europe (1993), The Doomed Bridegroom (1998), The Frog Lake Reader (2009), Prodigal Daughter: A Journey to Byzantium (2010) and Seven Oaks Reader (2016). Her essays, articles, and creative nonfiction have been widely anthologized. She is a recipient of the Writers Guild of Alberta’s Golden Pen Award and the Writers’ Trust of Canada’s Matt Cohen award for a Life of Writing. Her current project is The Ghost Notebooks, about her grandparents. She is a member of St Elia parish of the Ukrainian Orthodox Church of Canada in Edmonton, a Board member of St John’s Institute (estd. 1918) and a volunteer barista at The Carrot Community Arts cafe.

“Ancestors and Elders: Ukrainian-Canadian Settlers and the Myth of ‘Vil’ni Zemli’ (Free Land)”:
An Introduction by Myrna Kostash

In 1885 in Canada’s North-West Territory (now the provinces of Alberta and Saskatchewan) eight Indigenous warriors were hanged in Canada’s only mass hanging for their part in the North-West Resistance of 1885 (Indigenous people vs. Canadian troops). Fifteen years later, in 1900, my paternal grandfather, immigrant farmer Fedor Kostashchuk, took title of 160 acres of Crown land in Alberta as the family’s homestead.  There was a simple reason why I had never put those two events – the hanging and the land title – separated by only fifteen years, into relationship with each other. All my life I had heard that the Kostash farm was a gift of the “free lands” that the Canadian government had provided us Ukrainians (Ruthenians, Galicians) in our thousands to plough up and make farms, carved from “wilderness.” Apparently, these lands had never been settled or even populated.