HOMEGROUND – An exhibition by the Kurec Family 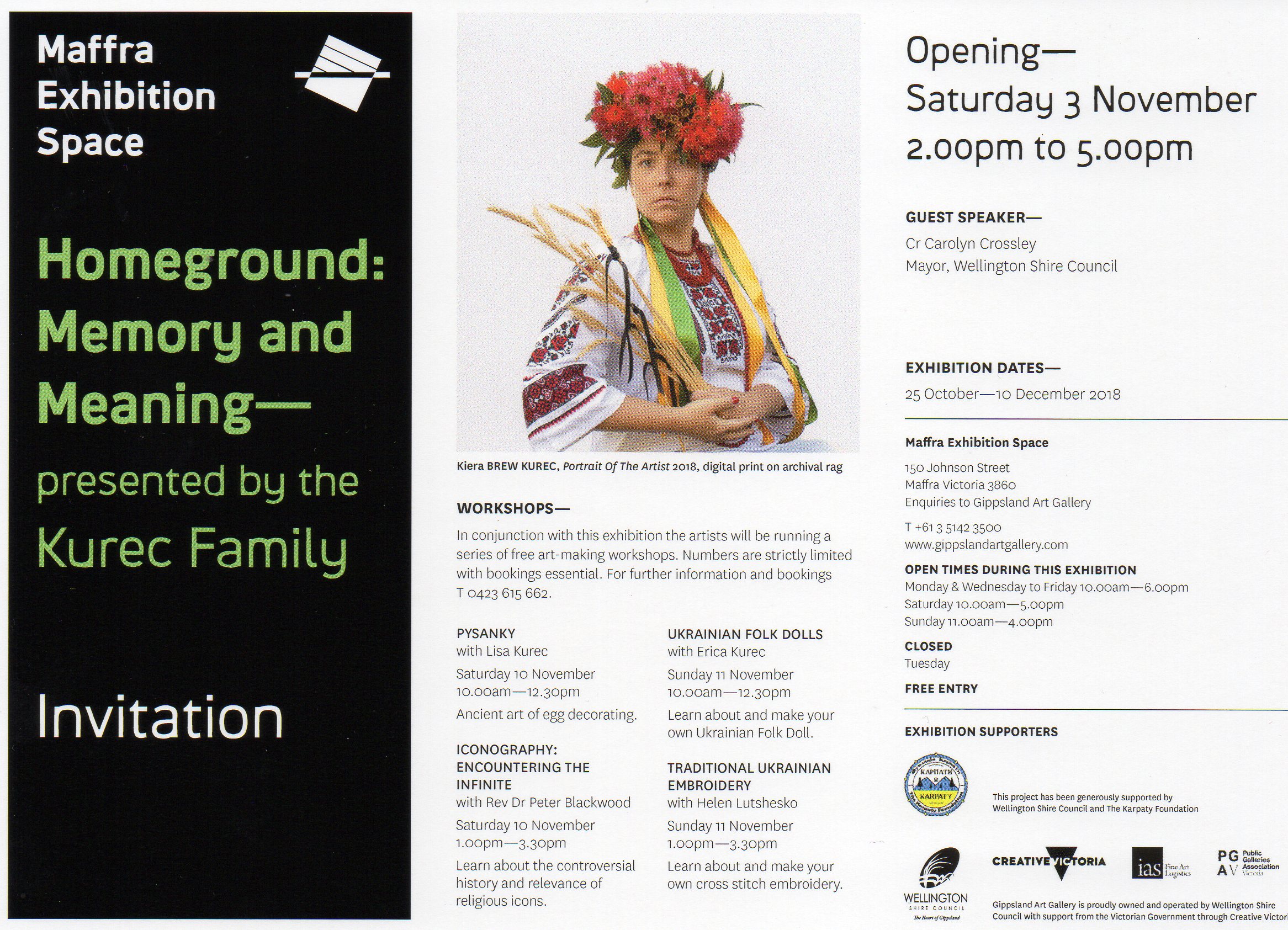 This exhibition – “Homeground; Memory and Meaning” is about the Kurec Families Ukrainian heritage and what it means to them today celebrating 70 years of Ukrainian settlement in Australia.

HOMEGROUND – Memory and Meaning celebrates more than 70 years of Ukrainian settlement in Australia. It is a celebration of our family, the third generation of which has now been born. Following on from our very successful show HOMEGROUND – Place, Object, Memory at Sale Gallery in 2002 this exhibition is about our Ukrainian heritage and what it means to us today.

Arriving here in 1950, Frank and Katarina Kurec had already lived through a lifetime of war, trauma and tragedy. The region they came from once called Galicia, had been a battleground for generations under Austro-Hungarian rule, Polish domination and Soviet control. After the Nazis invaded, our parents among many thousands were sent to Austria as forced labourers to work on farms for the German war effort.

When peace broke out they were unable to return home to their families because of Soviet threats of death or being sent to Siberia. With millions displaced by war in Europe the International Refugee Organisation set up Displaced Persons Camps to house these people. Our parents were sent to a camp in Villach in Southern Austria where they awaited migration to Australia, a country they knew very little about. In the meantime, Erica and Stephan were born and in April of 1950, they left Europe for Australia aboard the ex troupe carrier ‘General Black’. After a short stay at Bonegilla and Cowra, they found themselves in Heyfield where they settled and lived the rest of their lives.

Now many years later their 6 children, and their grandchildren are paying tribute to Frank and Katarina and for the creative cultural gifts they passed onto us. In this exhibition, we are gathering together to acknowledge our Ukrainian heritage, aspects of which we still celebrate in some way in our own families.

It is known that acknowledging heritage fosters a sense of belonging, of having a ground from which one has emerged, a bond of being into which one is born. When we began our work for our first family exhibition, we took for our material personal experiences of growing up in Heyfield – our home, the garden, food, language, cultural practices etc. This turned into a treasure trove of creative responses.  With this current exhibition and associated workshops we are delving into what that heritage means to us today, especially to those of the second generation. 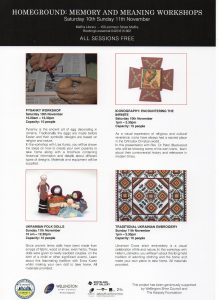