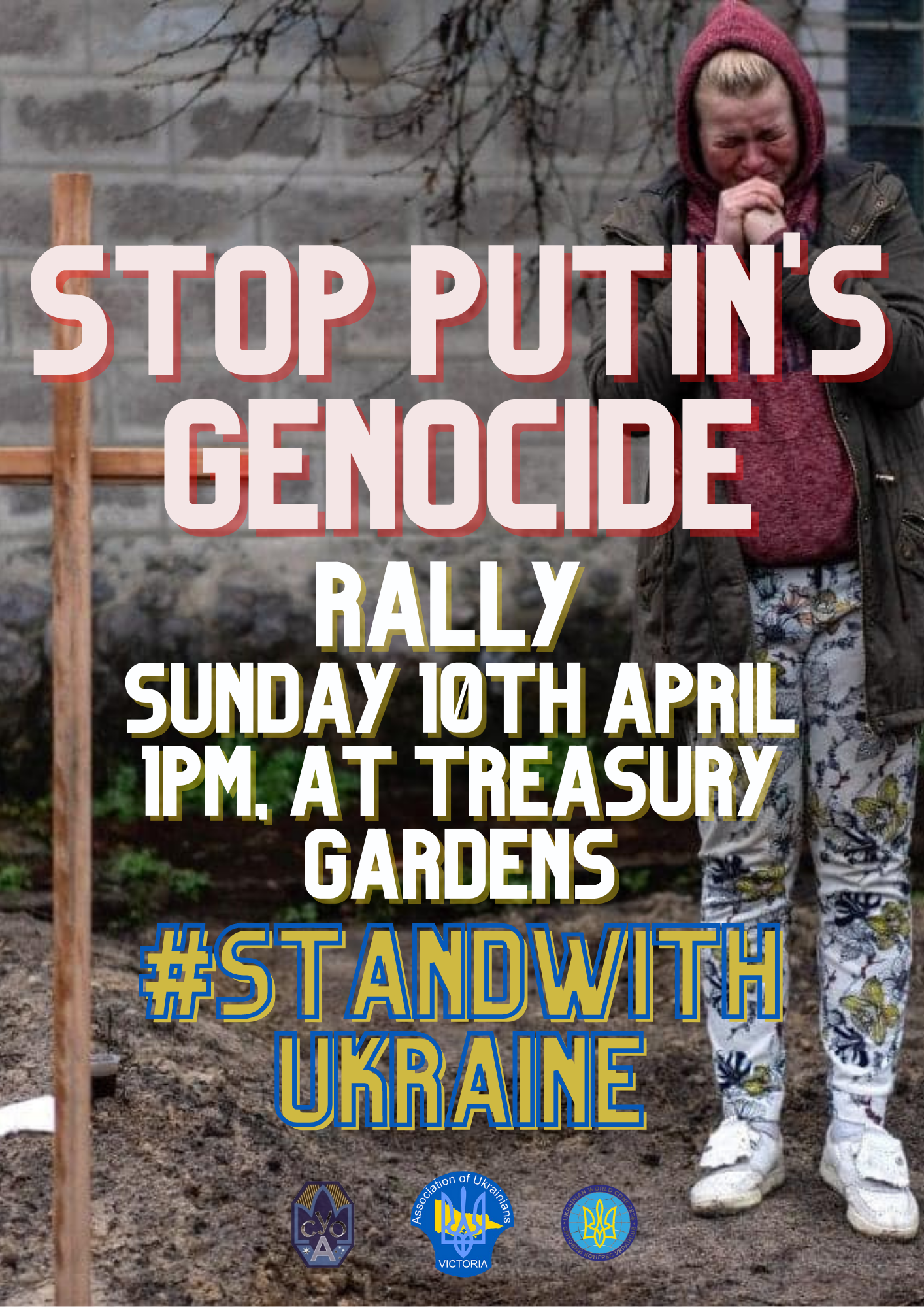 News over the weekend showing the horrific scenes left behind by the war criminals of Russia have left us devastated. Ukrainian officials believe that this is just the beginning of the atrocities left behind in liberated Ukrainian cities, citing that Mariupol is expected to fare worse. We need real action to stop these criminals, hold them to account and end the war in Ukraine.
Join us for a rally and march from Parliament to call for:
1. A stronger response from all governments to condemn and end Putin’s Genocide. Call it out for what it is!
2. The expulsion of the Russian Ambassador from Australia
3. Putin to be put on trial for war crimes by the International Criminal Court
4. Provide stronger military support to Ukraine.
THIS SUNDAY 10TH APRIL
1PM
FROM PARLIAMENT (Treasury Gardens)
We will move off from Treasury Gardens, march through the city and return to the steps of Parliament to rally.
Key messages to portray:
– Stop Putin’s Genocide
– Putin is a War Criminal
– Expel the Russian Ambassador
– We Don’t do Business with Murderers
– “Murderers. Torturers. Rapists. Looters.”
– #StandWithUkraine
Bring placards with this messaging, bring flags, invite your neighbours, warm up your voices – Ukraine needs real ACTION!
We cannot stand by and watch Russia commit these crimes. This is not the world we want to live in. Send the message loud and clear to Putin and his blind followers: Australia stands for freedom and for human dignity. STOP PUTIN’S GENOCIDE.