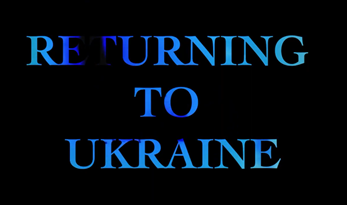 Freelance journalist Elliot Goodyer, aka RubberAmmo presents ‘Returning to Ukraine’; a documentary about the experiences of those caught in the crossfire of ongoing Russia’s invasion.

Welcome to the premiere screening of ‘Returning to Ukraine’ at Thornbury Picturehouse.

Premiering after months of independent on-the-ground reporting, RubberAmmo’s debut documentary will take you into the lives of refugees returning to the war zone and those Ukrainians who chose to stay and resist Russian war efforts.

50% of ticket sales will go directly to Ukrainians displaced by the war.

The film will be proceeded by a short Q&A session.

Tickets can be booked on Eventbrite here.