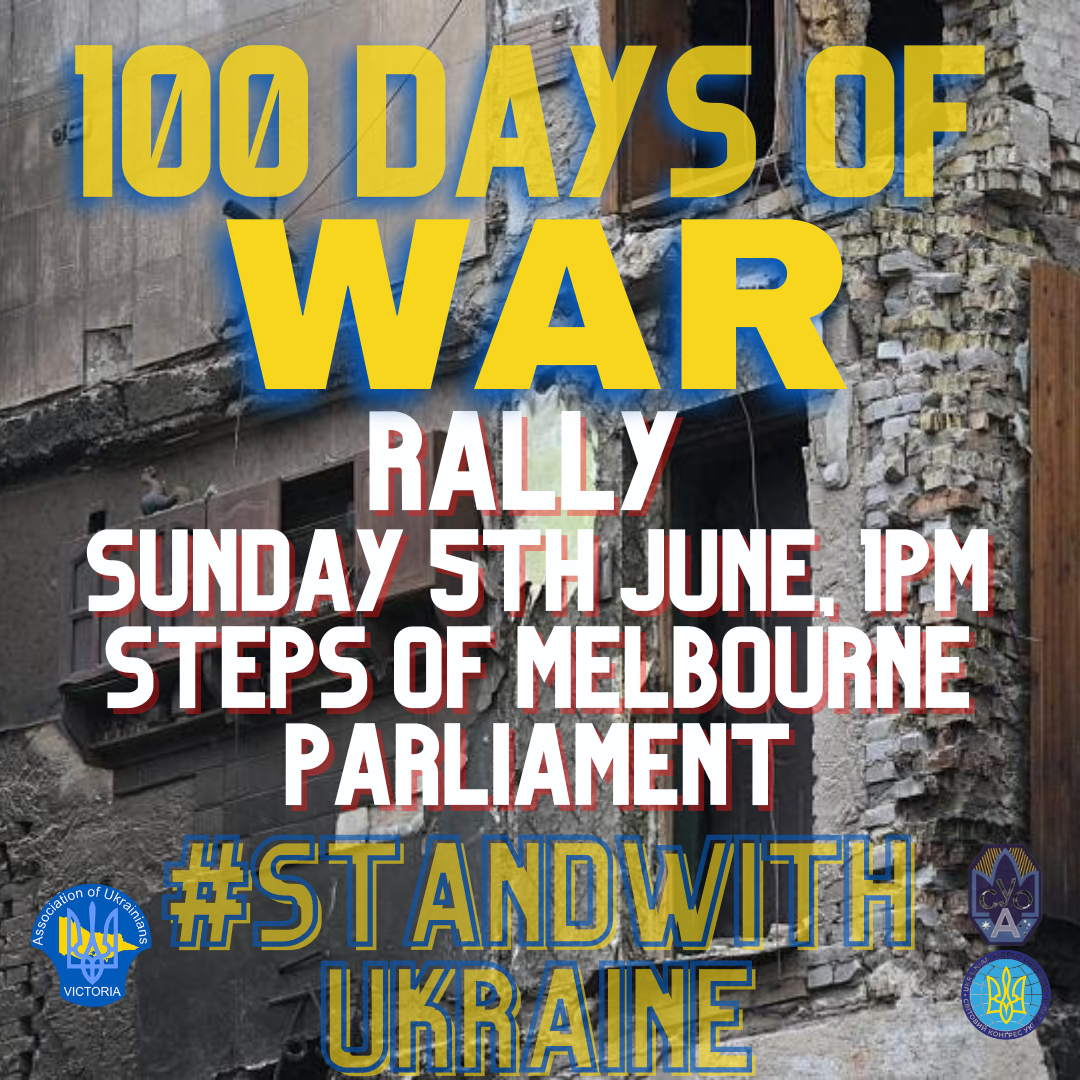 Friday 3rd June, 2022 marks 100 days since Russia further invaded the independent borders of Ukraine without provocation. We will gather on the steps of Parliament House Melbourne on Sunday 5th of June to stand in solidarity with Ukraine.
Thousands of lives lost, a third of the Ukrainian population displaced, the world watches on. And now the world is tiring of this war. Some voices are calling for Ukraine to concede territory and negotiate with Russia to end this war. Which part of Ukraine should be given away? Will negotiations ease Putin’s appetite for territory? Which part of your country would you give away?
The Australian people and government have provided much support to Ukraine and Ukrainians. For that, we are grateful.
However, this war and its atrocities continue.
The Russian Ambassador to Australia, Dr Alexey Pavlovsky, alongside key Russian diplomats still remain in this country.
Ukrainians are still dying daily.
We call upon the Australian community to not forget about Ukraine’s plight and to stand in solidarity with Ukraine this Sunday.
Aims of the Rally:
1. We call upon our newly elected Australian government to fulfil it’s pre-election comments and EXPEL RUSSIAN DIPLOMATS. We call upon the immediate expulsion of Dr Alexey Pavlovsky and other key diplomats as an overt statement that Australia supports Ukraine and upholds the values of mateship and democracy.
2. Around 1400 people have signed our petition to expel the Russian Ambassador – please join the campaign here: https://chng.it/Hc7FJfdN
3. Join our voice in condemning Putin’s aggression and demanding that Ukraine continues to receive necessary support to ensure ALL of its territory is restored. Ukraine should not have to concede territory to end this war.
4. We will not forget about Ukraine!
Facebook event: https://fb.me/e/2xm8EiKlt